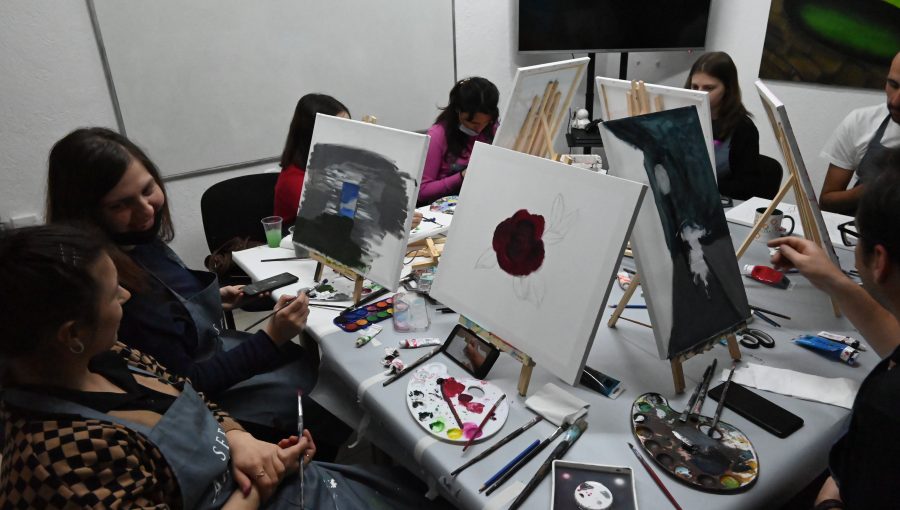 On Thursday 9th of March, the two Dutch volunteers organized another Art Attack. For every person that attended there was a canvas, a palette and a painting apron. Furthermore, there were a variety of colors and brushes for the participants to use. During the Art Attack we ran out of some colors. That forced us to be creative with mixing colors. The color theory knowledge was refreshed again.


In total 7 people attended the activity. Some of the people were new. It is nice to see that the Art Attack attracts new people. That way everybody gets the opportunity to meet more people. For everybody that keeps attending the Art Attack, it is nice that the activity is liked so much. Like last time the paintings were diverse. Everybody painted something that they wanted to paint. Further the participants were creative with the type of paint, from acrylic paint to watercolors, everything was used. Some even combined the two types of paint in one painting. Once everybody had arrived we started together. We first explained how everything worked and then we asked if they wanted something to drink.


After two hours everybody was finished. They cleaned their brushes and said goodbye. It was possible to let the paintings dry in the SFERA office, but all the participants chose to take their paintings home. The paintings were amazing. So many talented people attend the workshop.