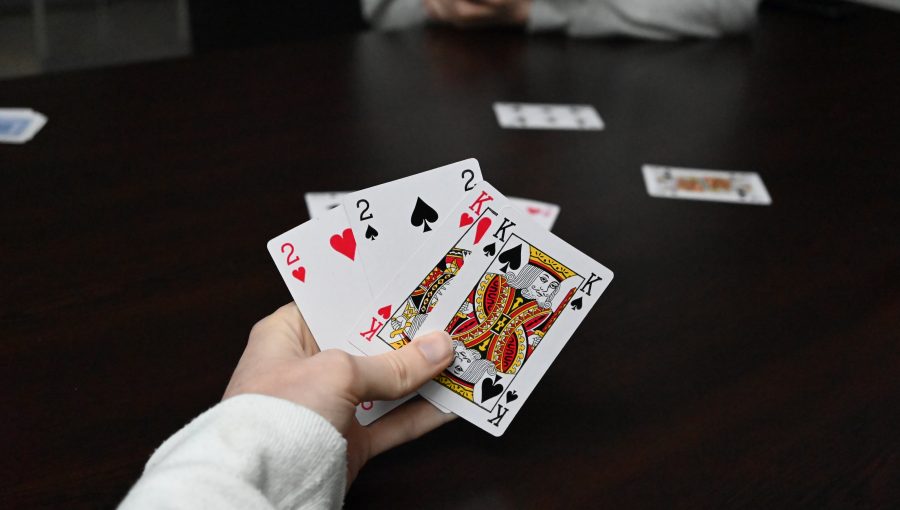 On the 3rd of March, SFERA organized a Card Game night. The evening started with two games of кент, a game that the Dutch volunteer never played before. Because we were with an even number of people we could play this game. In the beginning, the game was a little chaotic but after everybody got the hang of it, it was a lot of fun. It is a good game to play when you are in a group. During the game, you have to pay attention not only to yourself and your teammate but also to the other players. If you don’t know how to play кент/kent, here is a WikiHow article on how to play the game: https://www.wikihow.com/Play-Kent

The other game that was played was макао a game that was even more confusing for the Dutch volunteers. In the Netherlands, there is a game that is played the same way but with completely different card specialities. In макао the 7 forces the next player to draw two cards, unless they too play a 7, thus requiring the next player to draw 4 cards and so on. In the Dutch variant, the 7 has a completely different effect. There allows the player to play another legal card if able; if this is another 7, the player goes again. After all the new rules became clear to her, the game was very fun.