Creativity and Social Entrepreneurship for All: A creativity and innovation course for youth workers from 7 European and non-European countries 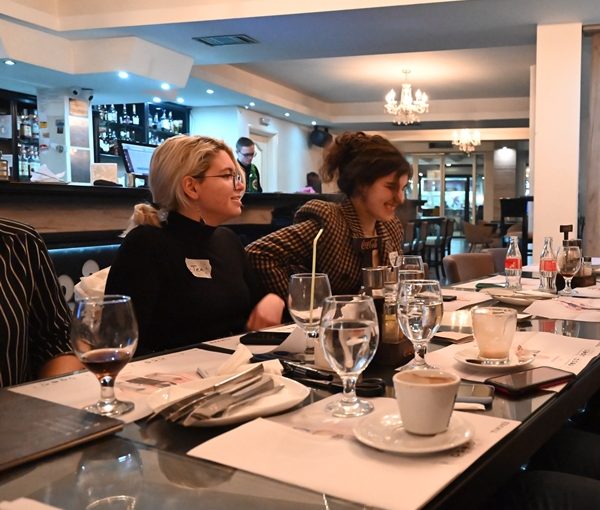 On Tuesday the 15th of February, SFERA hosted their first-speed date event in the “White House”.

The venue was set up in such a way that there was a long table with chairs on either side. In the beginning, we had a conversation for half an hour with everyone who came. In the meantime, people wrote their name on a piece of tape. It was interesting to see how every person wrote their name differently on the tape. Some people just wrote their name, while others made a whole drawing.

After the introduction, the event started. The original plan of the event was that everyone would switch speaking partners after seven minutes. However, after seven minutes, no one had finished talking. In consultation with the participants, we decided to extend the time.

The speaking questions that we prepared were not always used. Nevertheless, it was a nice idea, that you could use them. The questions on the cards could vary between really light-hearted questions or really deep questions.

In the middle of the event, we had a short break. This allowed people to do whatever they wanted. It was good to see that nobody went on their phone during this time. After the short break, the event continued.

When the event ended many people asked us if we would organize this event again. The answer will be “Yes”.