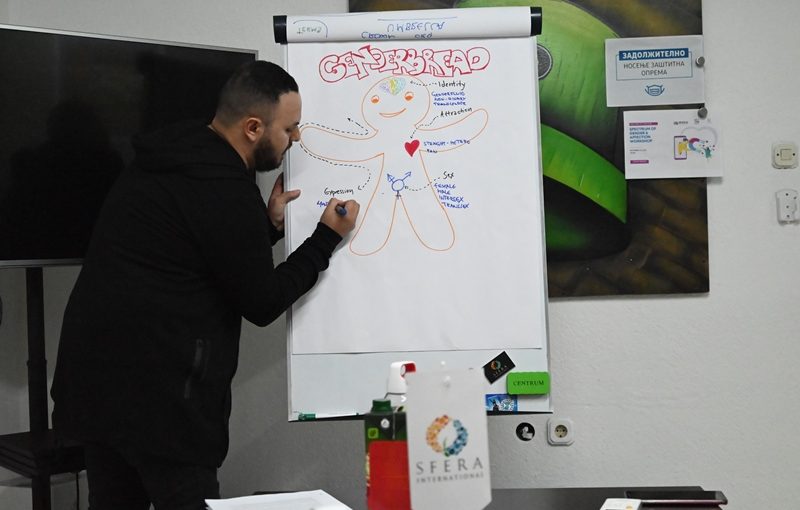 On the 15th of December, SFERA International organized a workshop about gender identity, affection and preferences. The workshop was delivered by a certified youth worker and licensed educator from Belgrade, Serbia Nemanja Kuzmanović. Six people attended the workshop to learn more about this topic. It was an interactive workshop where all the participants were invited to share their existing knowledge.

We learned that there are many terms to describe Sex, Identity, Attraction and Expression. By showing a drawing of gingerbread drawing it became much clearer what the difference is between all those terms.

Not only did we learn a lot of terms that are currently used to describe Sex, Identity, Attraction and Expression. We also learned which terms can be offensive and why. Especially the “why” part makes it better to understand and remember the offensive terms. So in the future, we will avoid these terms to make the world a better place for everybody.


The people who attended the workshop had different levels of knowledge about the topic. Participants that knew more were willing to share their knowledge. This made that the atmosphere during the workshop good and safe. People were not judged for their lack of knowledge. They were praised because they wanted to learn more. For those people, Nemanja Kuzmanović had printed a list of all the terms we learned together with an explanation. On the paper, there were even more terms that are less common but still good to know about