My experience as an EVS volunteer 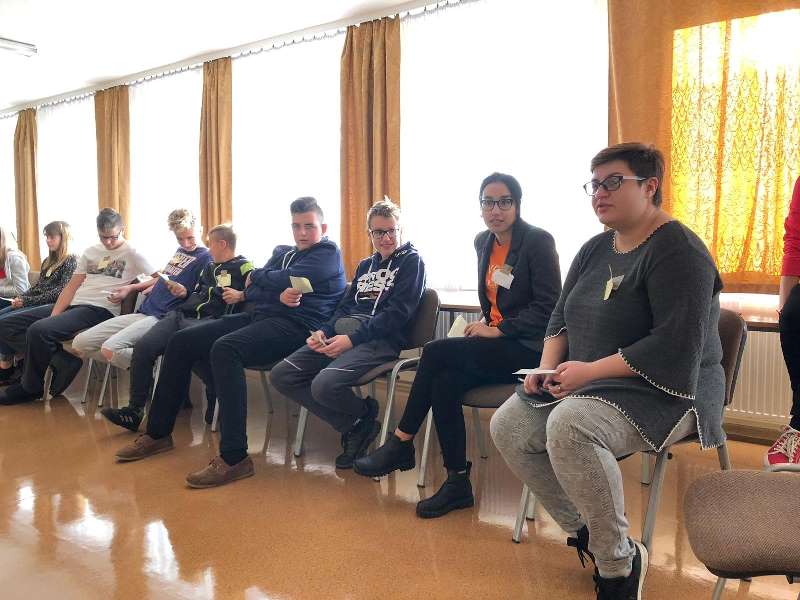 I found this project on youth portal of Erasmus+ and I applied. I didn’t expected to be accepted and I was really excited to be a part of it. The project was in Leszno, Poland in a period from 1st of November until the 31st of December last year. I am from Macedonia and I traveled 24 hours from my city to Leszno.

I arrived at 11pm on the 31st of October at the train station where my friend Oleg was waiting for me to show me the way to the house. When I got to the house some of the volunteers were waiting for me and helped me to settle in the house. About the arrival, it was like a little earthquake, new country with new language, new working language (English), different culture and new people everywhere. However, we were 20 volunteers from different countries around the world so adding the fact of being living and working together made us become a new family very soon.

The second day the project started, we went to the office so Tetyana gave us instructions about the ongoing project in the organization. We were working for CAT Fondacja, working with the Erasmus+ program under the European Voluntary Service grants. This is the reason because of our first week also consisted of listening and learning with a lot of presentations. Also, we did energizers, like name games and ice-breakers so we can introduce ourselves and know each other.

During the second week each one of us made a presentation about our countries to present them in different schools and kindergartens around Leszno and other close towns. The third week I made a cultural presentation about Macedonia at the Economic School in Leszno. I was very excited that I could share the culture and some unknown facts about Macedonia and give some perspective about the life in my country to the students. In the fourth week we went in Osieczna in Hotel Morena for Euro Camp. We did little presentation about EVS, playing name games, integration games so the students can improve their English. 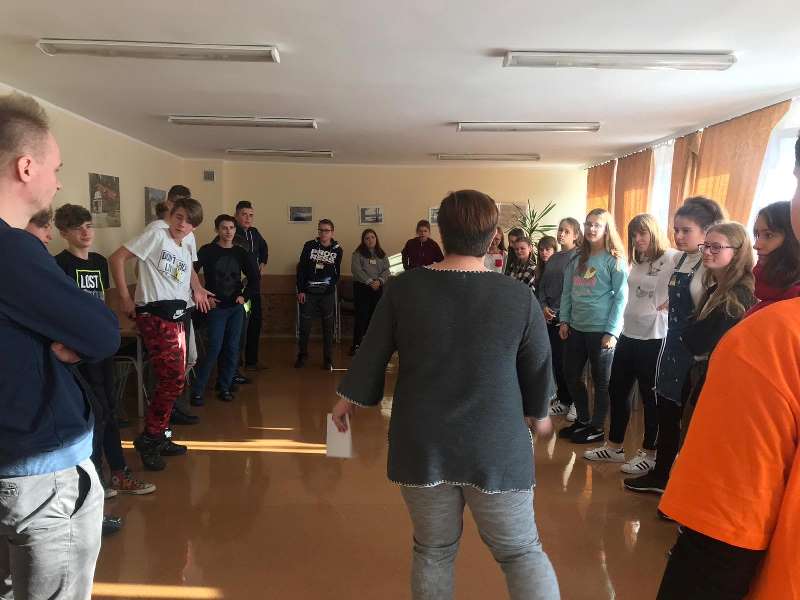 My off days, I used them to travel around the city, visit some places of interest, went to some bars and pubs and to a closed swimming pool.

In the first week of December I had a presentation in the kindergarten. At the beginning, I was really nervous because I didn’t know how to pass my culture to the kids, but through games and music it went really well thanks to Maria who was helping me a lot. Then, we had a Christmas meeting at the Economic School and we were sharing how Christmas is celebrated in our countries. We went to the village Swieciechowa for tree decorating, carol singing and festive decorations. 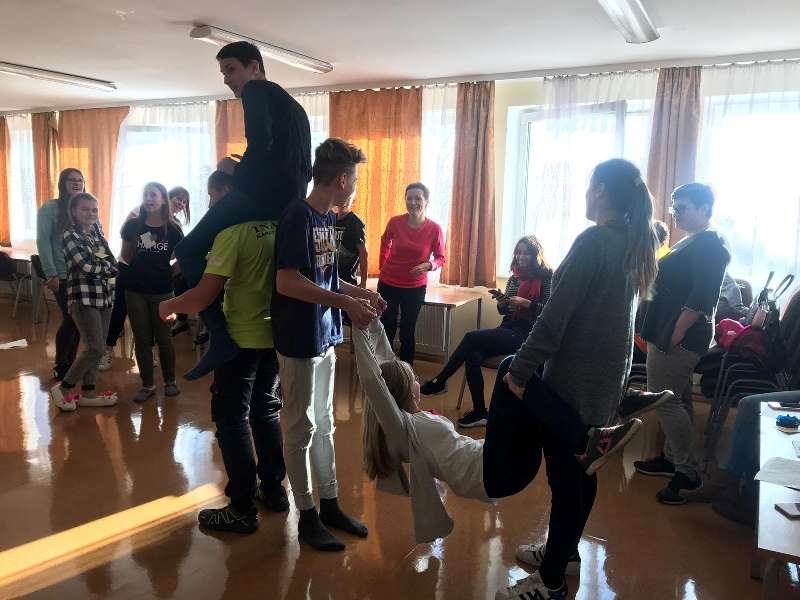 On the 7th of December we celebrated the 10th anniversary of CAT Fondacja and each one of us cooked a meal for the gala night. In the second week of December, I had a cooking class at the Economic School. The students were cooking traditional Macedonian dishes that I was showing them how to prepare them. In the village Bodzewo, we had cultural presentations concerning professions and games for younger in regards for job qualifications. 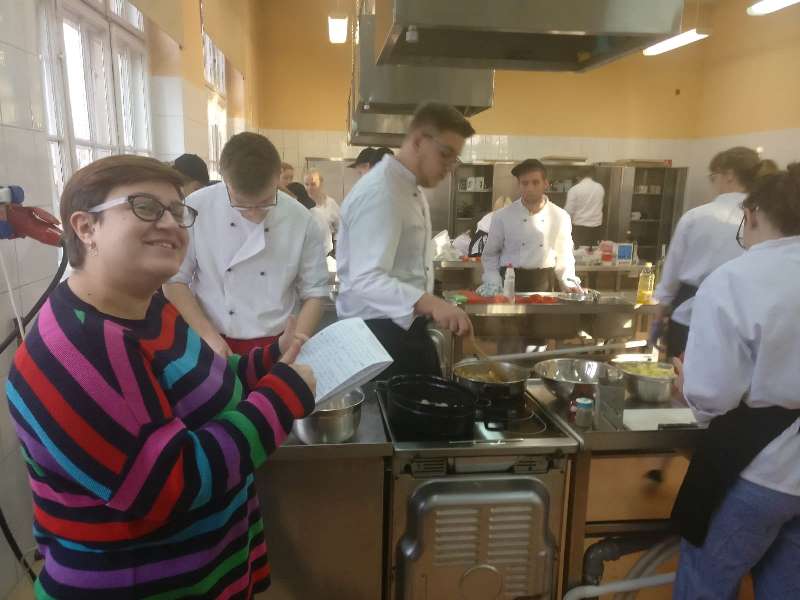 During the whole project I did presentations about Macedonia in different schools and my excitement was bigger and bigger because I was able to pass my culture to the Polish students from different generations. Besides the presentations in the schools, we had some workshops at the office and around Leszno like, exercises for human rights, healthy lifestyle, movie nights and karaoke, making crepes and gingerbread. 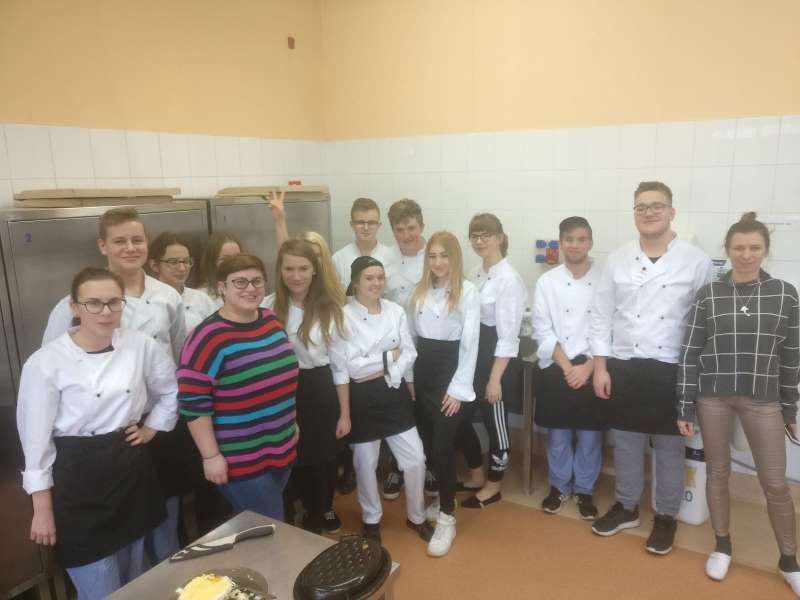 After all, it was a wonderful experience which I will remember for the rest of my life and I would definitely use any chance to go on a similar project around Europe. 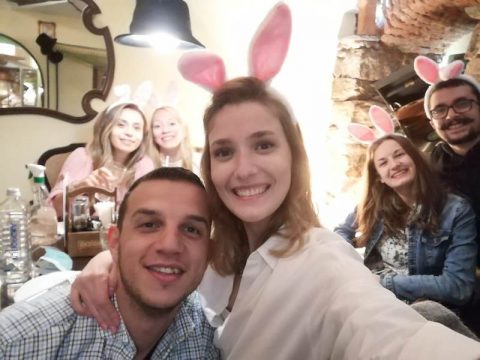 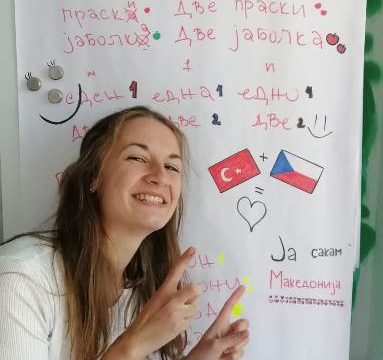 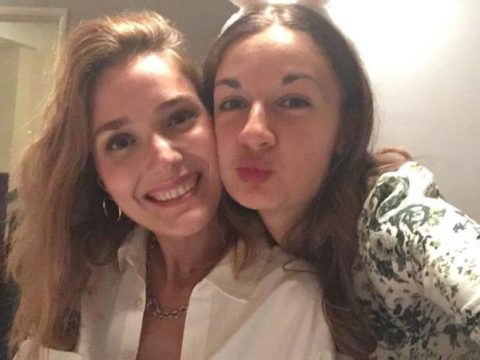