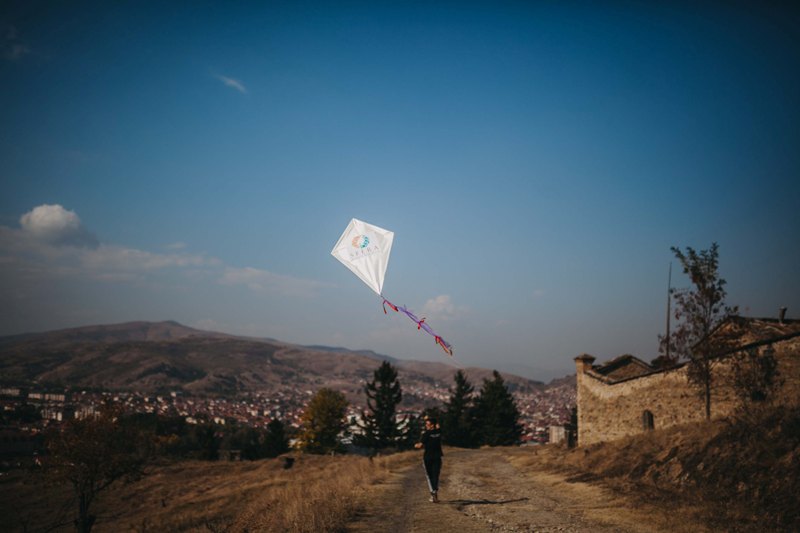 On Friday 19th October we organised a kite flying event. How did I come up with the idea? On my way to Macedonia I saw a parent and a kid flying the kite in the fields and i immediately reminded when it was the last time I was flying the kite? Eight years ago, really? We also discussed this event with other volunteers and we all remembered the childhood times when we did the kite flying. The girls from the other project also come up with the idea to create kites on our own during the event called “Art attack” which happened one day before this event.

The weather was really optional, the sun was shining, the sky was blue. We were only missing the wind! But it appeared in little amounts though. Our base camp was located on the hill up the planes – you could see us easily, we had a big tent, snacks and water as refreshments and music. When the wind blowed, we tried to put our kites up to the air and it worked! I have to say we were collectively happy about that.

It was a lovely afternoon, well spent in the nature, with friends. At the end the diplomas for best flying kites were given as well. Next time come as well, it was fun! 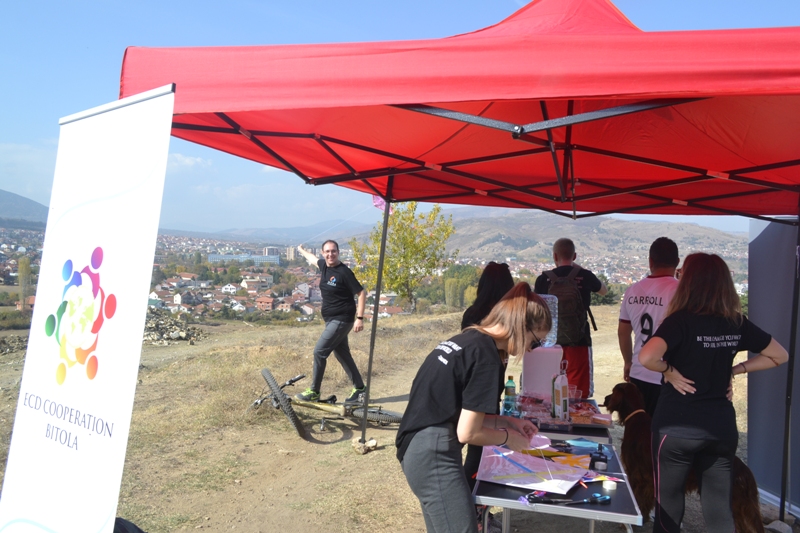 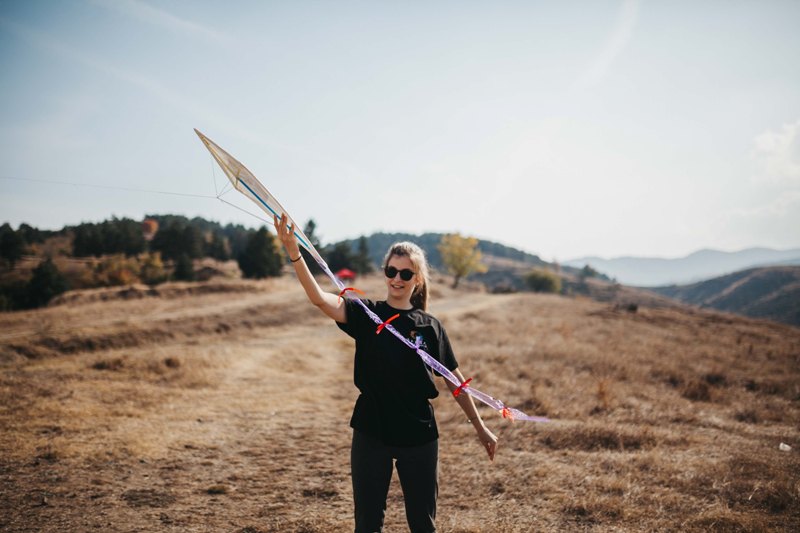 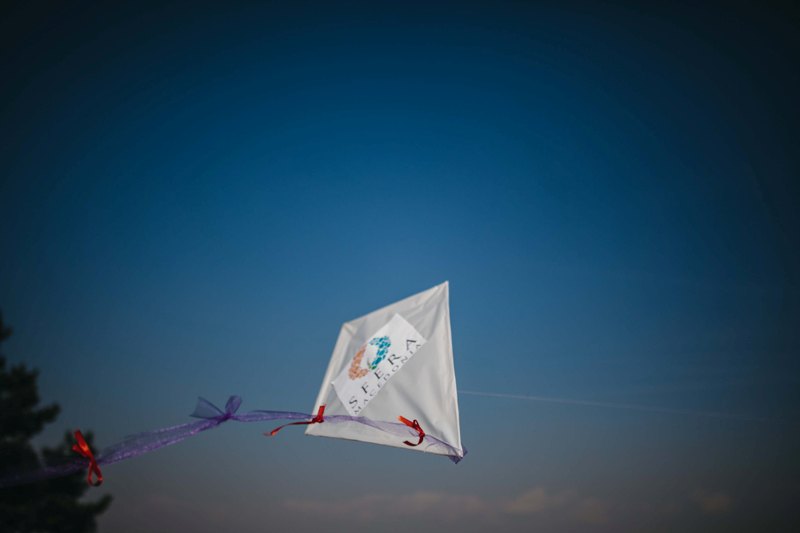 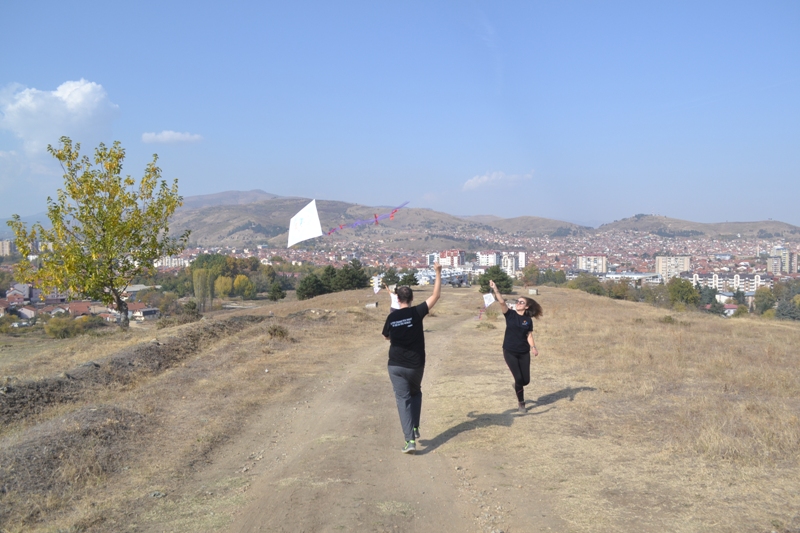 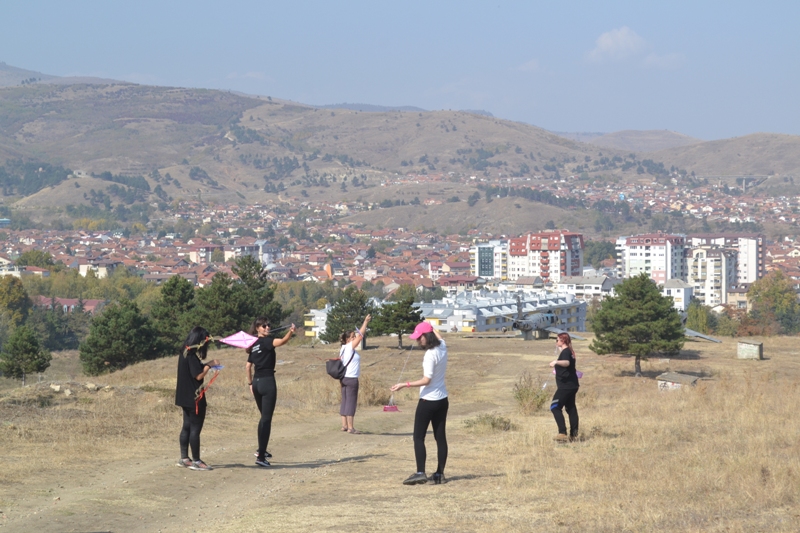 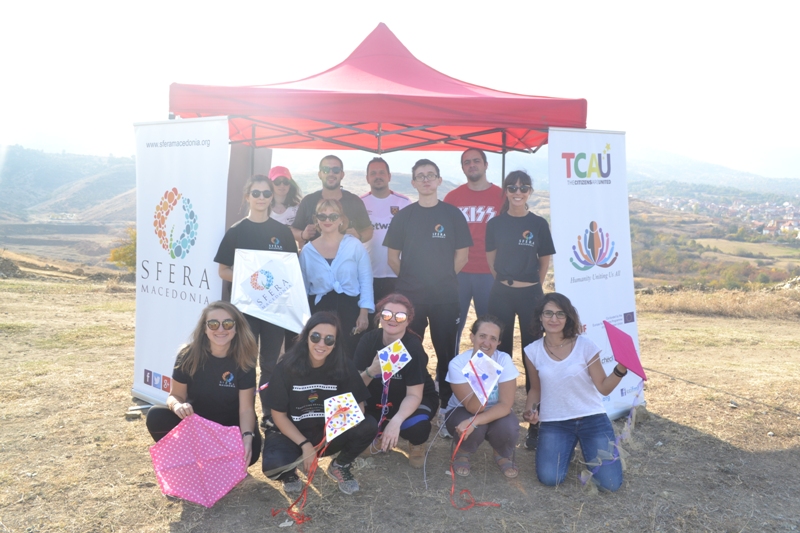 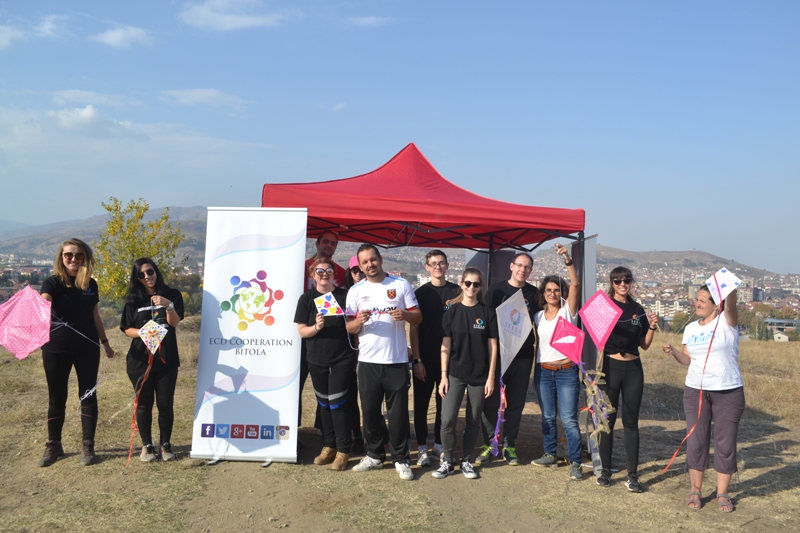