Santa Claus at the Rehabilitation Center 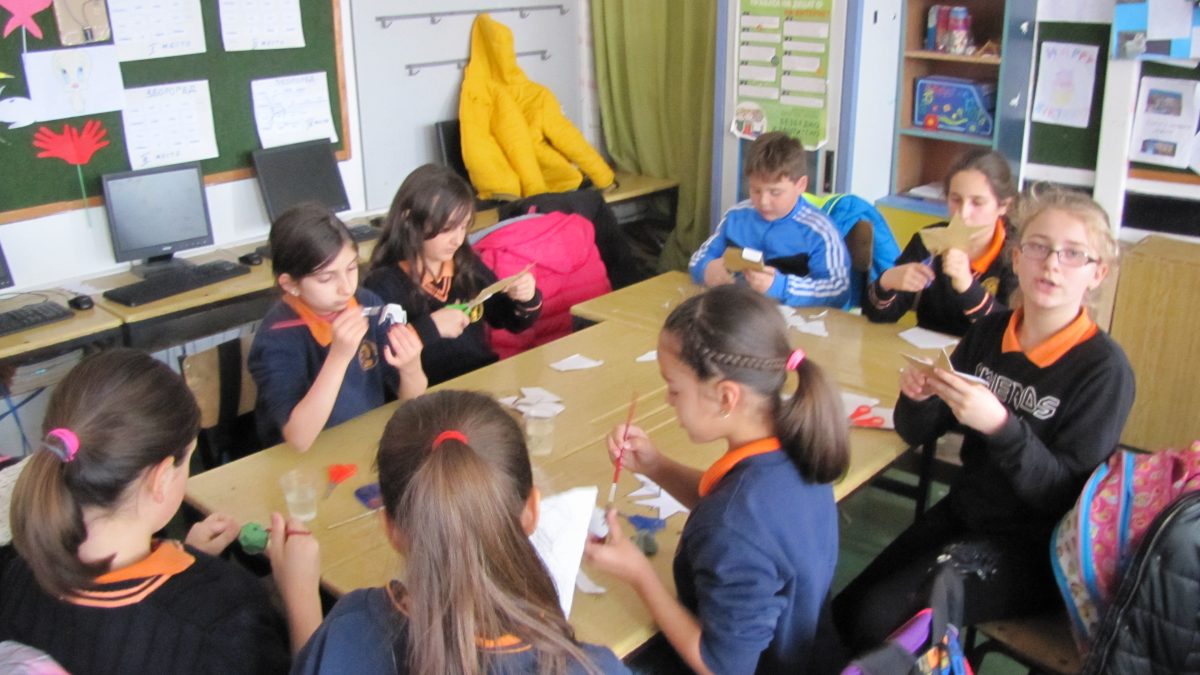 Hello, my name is Claudia and I am EVS volunteer for SFERA Macedonia and I want to share with you, curious readers, about the main activity of my project that is called “Clean Up Your Mess”. The activity consisted in doing weekly workshops, for 3 weeks, with the children from the St. Kliment Ohridski school where we used different forms of cardboard and upcycled them in a fun craft project, holiday-themed, that consisted in doing a Christmas chimney with decorations and tree. I chose this particular theme, Christmas, for obvious reasons, given that it was already December and everybody started to get into the jolly holiday mood, slowly and surely.

Doing an upcycling craft project with children got me out of my comfort zone and it was a chance to experience new things, from thinking about the actual upcycling idea, suitable for the school environment, to actually implementing the idea and making a good team with the kids to create the project.

But first things first, I had to collect the materials for the project, more precisely I needed enough cardboard boxes of the same size to build the chimney that I have got from asking around the shops downtown for boxes they did not need anymore and that I obtained easily. We made the Christmas tree big enough to fit on the chimney, from toilet paper rolls, and the decorations from egg cartons and cardboard boxes for the stars and so the fun began.

The first week of the workshop started with lots of enthusiasm from the children who came in a big number (around 35) to start the project. More precisely, we started with preparing the parts of the chimney to be assembled, by wrapping the boxes in white paper. So, all the children were split in teams to do that while me and some SFERA representatives were being around them and help just in case, to make sure they were doing a good job. The first week finished with having a first shape of the chimney and in the second workshops we started crafting red paper bricks for the chimney, painting the toilet paper rolls for the Christmas tree as well as the painting the egg cartons to transform them into jingle bells decorations, again in teams and I have to tell you they enjoyed it a lot. The third workshop coincided with the last week of school before the holiday vacation so we can say that we had a perfect timing.  We finished cutting and gluing all the paper brick shapes to the chimney, putting together the Christmas tree by stapling all the toilet paper rolls together and adding some sparkling small decorations on it. Last but not least they put all the little bells made from egg cartons, on a thread, to make the decorations for the chimney and also, they crafted from old cardboard boxes some star decorations to put on it.

The results of the workshops were great and everybody had fun making something special for Christmas. Also, it was an opportunity to raise awareness over the importance of recycling and upcycling projects given that now, more than ever, there is so much waste and so few initiatives for sustainable development and reusing materials which are commonly referred to as trash.