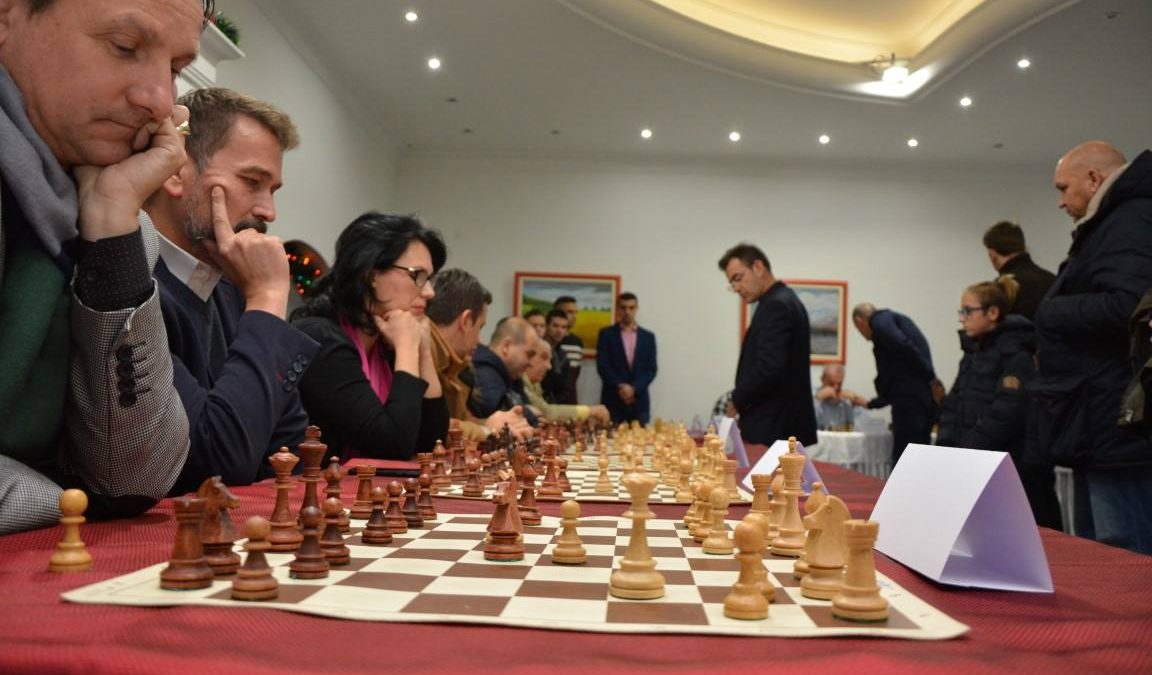 On December 23rd, 30 recognizable citizens of Bitola, among which Milcho Duli, president of the NGO “SFERA Macedonia”, had the chance to play against Bitola master of chess  Vlatko Bogdanovski in a unique  chess tournament and a simultaneous match that took place at the International Slavic University  in Bitola that was also the organizer. The Grand master played simultaneously with the participants with the purpose of raising awareness of chess which is considered the basis for computer science and is being taught everywhere in all higher institutions of such. If you are wondering who managed to get in the games finals with the famous Vlatko Bogdanovski, it is Sashko Pavlovski, Toni Konjanovski and Vesna Svetozareva, but that does not mean the rest of the participants had less fun, on the contrary. The chess master stated that he was thrilled about the initiative and is hoping to future tournaments like such.