At first, when you start your EVS, time seems to be a quantity that is rather infinite. Six months of volunteering feels like a long period when does six months are still in the future. Now, after three months, and three more months to go, time, suddenly, starts to run and these six months don’t seem that long anymore. Plenty of things happened in the past three months, and I still have plenty of plans for my time in Bitola. I will try to update you with some highlights of the last three months.

When I stepped out of the airplane in Skopje in November, wearing a winter jacket, scarf, and winter shoes because they would not fit in my luggage, the perfect Indian summer hit me. Although not necessarily prepared for it when I just arrived, I enjoyed the warm weather in November to its fullest. The first weekend, I immediately went to Ohrid. Together with Aristeous and Snezana, who were artists in residence in Bitola, I enjoyed the lake and we saw a lot of beautiful churches. 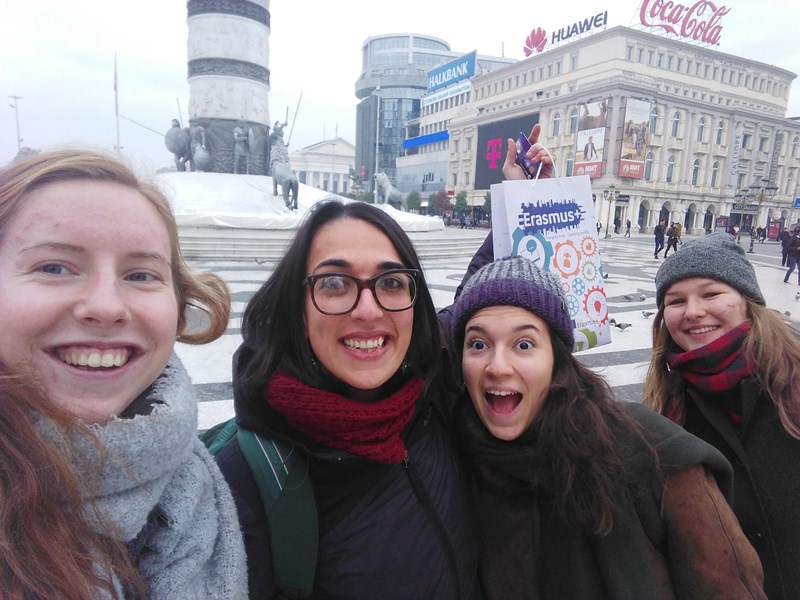 In November, Nives, Tereza, and Oleg, volunteers from Croatia, Czech Republic and Ukraine respectively, were keeping me company in the office. The office sometimes changed into a dancing hall or a karaoke bar with the lovely crazy volunteers Nives and Oleg. Besides of Art Attack, a painting workshop, I must admit that I organized little in November. However, I did enjoy the workshops of the other volunteers. Nives, for instance, organized two theater workshops which were a lot of fun. Besides of that, we helped the office with different tasks.

November was a beautiful month. I always was accompanied with lovely people around me, whether it were the EVS volunteers or some of the locals. Together with Nives, I often went for lunch after office and enjoyed the oven-baked cheese and the good salads. In the evening we frequently went to bars or we gathered in the SFERA house. In the middle of November, my flat mates arrived, Beyza and Iren from Turkey and Estonia arrived. Their project, just like mine, runs for 6 months, and hence they will keep me company in the flat all the time! With all of us, we had some good last evenings before only the three of us were left in Bitola. 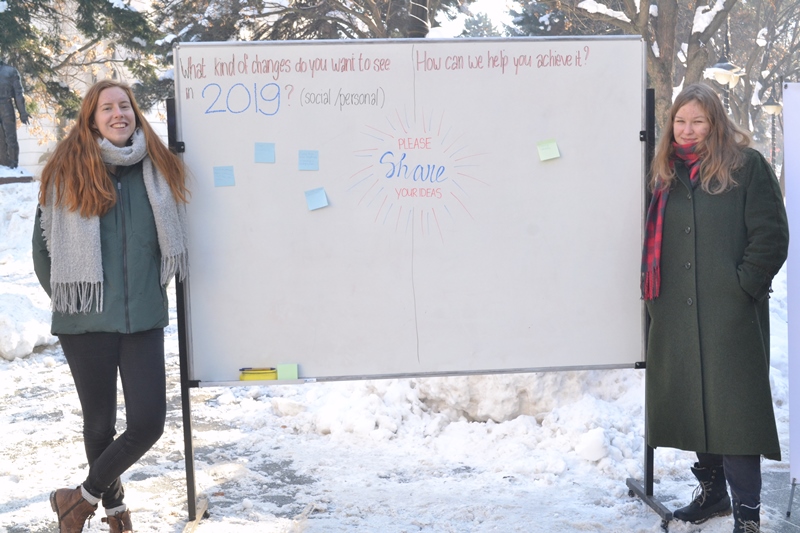 In December I also organized a language exchange, activism workshop, and an art workshop. Over Christmas I went to back to the Netherlands, which was a very weird experience. When I came back in January, Macedonian Christmas and New Year was about to happen. We celebrated Kolede, which is on the night before Christmas. Everywhere people make small fires and drink a hot Rakija while enjoying the fire. We even did some traditional dances! 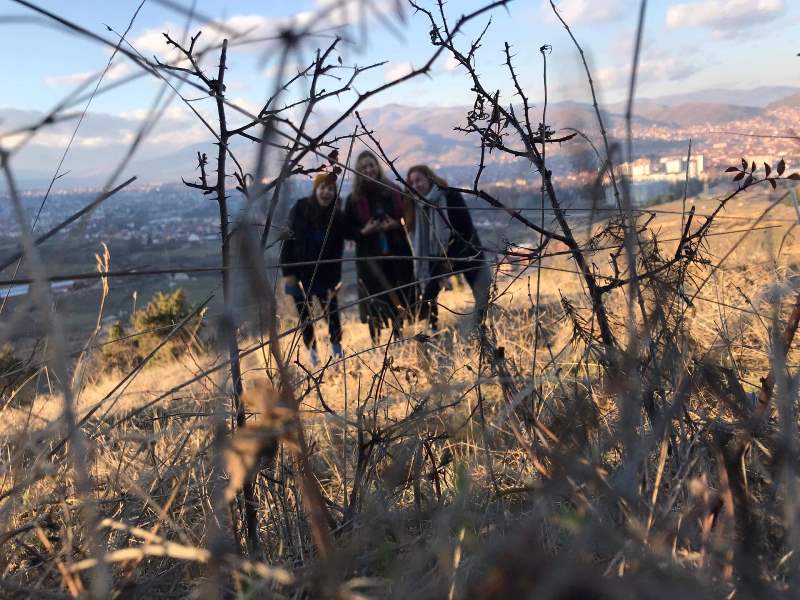 Macedonian new year is traditionally celebrated with a kind of pie with a coin somewhere hidden in it. The pie will be cut in pieces, and the one that has a pie with the coin in it will get money from the others and is promised to have a very lucky year. Afterwards, betting games are played and some food and drinks are enjoyed.

January has been a very cold month in Bitola. I must admit that I have spend quite some time laying on our heater in the apartment. We organized an event towards the end of January to find out what kind of events to organize for 2019. With a big board, we went on the streets and asked people what kind of changes they wanted to see in 2019. Besides of that I have organized a deep talk event, an event with question cards to start some deeper conversations. 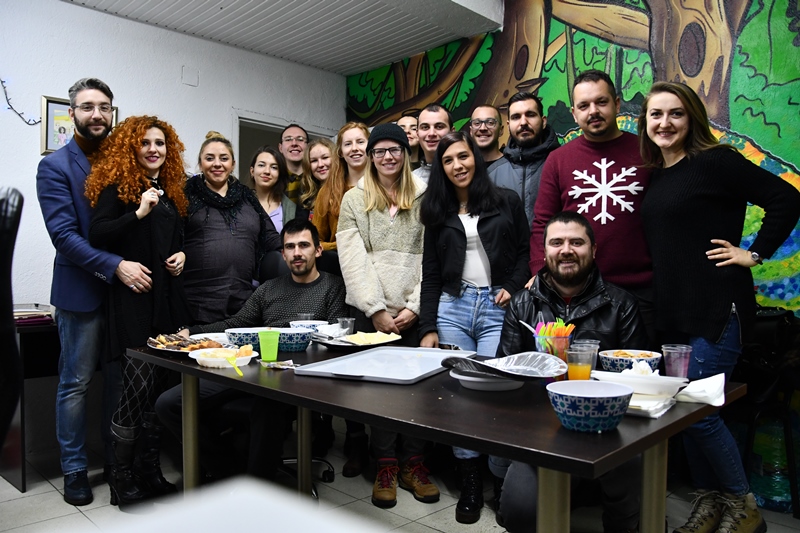 In the moment of writing, we are at the end of February. Last week, I took some days off and went to Albania. I visited Tirana and Berat mainly. As the weather is getting better, I am also starting to organize more things outside. For valentines day for instance, we went outside with ‘free hugs’  and big hearts on which people could describe someone they love. At the same time, I started filming people on the streets about what they like about Bitola. I am looking forward to the upcoming two, hopefully a bit warmer months.