SFERA as an example in education On the 4th International Conference “Education Across Borders”, titled “Education in the 21st 21st century: Challenges and Perspectives” held on the 19th&20th October 2018 in Florina, Greece, NGO SFERA was pointed out as a good example of a community oriented youth organization.

The paper titled “Tomorrow’s active citizens- today’s active students: lessons from the past” by M. Ed. Kristijan Veljanov, aimed in connecting past community service habits and organizations from the region of Bitola as early as the 18th century, which lead to the background and the priorities and goals of NGO SFERA today.

It is often said that today’s students many times lack interest in community activities. Fortunately, there are many that do not lose an opportunity to engage in youth activities organized by various Non-Governmental Organizations (NGOs) and/or Service organizations (e.g. Leo Clubs organized by Lions Clubs, Rotaract organized by Rotary Clubs etc.). This is especially visible in Bitola, where 25 NGOs, specialized in working with youth programs of the EU, such as Erasmus, out of 87, according to municipality’s official information, active citizens’ organizations or NGOs, as they are better known. Those, not only encourage mobility of young people throughout Europe, but also help youngsters detect the problems their teenage friends are facing and see the opportunities for solving them.

This, however, is not a new habit or trend of today’s Bitola. The roots of this organized form of active citizenship in the Bitola region can be found as early as the beginning of 19th century and the foundation of organized educational institutions. Leaving the traditional religion-based approach of education, community schools are organized. This happened somehow later than in the rest of Europe (inside the Ottoman Empire, that is) and in that direction these schools included nursery and primary school, as well as parthenagogeion and arrenagogeion, girls’ and boys’ school, accordingly. The type of organization and the after-school activities of the above mentioned schools, existing in a community service-oriented society, regarding the active and useful citizens of the tomorrow of those days, is going to be analyzed through the prism of today’s civic societies. 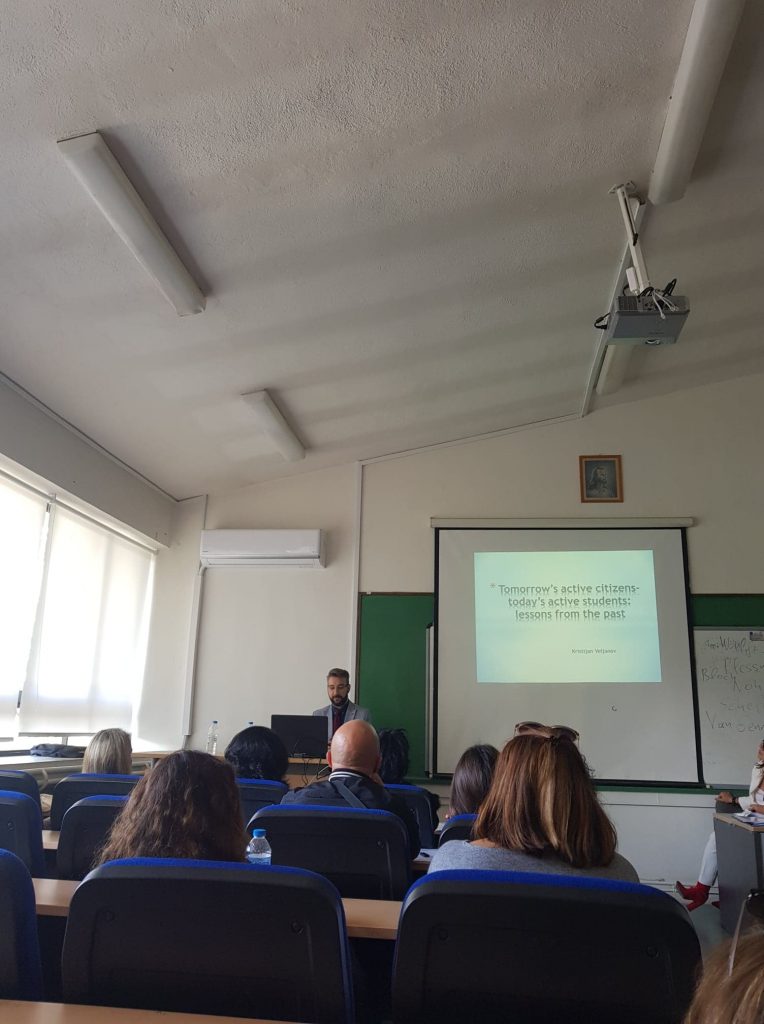